After setting up an Nvidia Shield on our upstairs TV last month, we were reallly impressed by the GeForce Now game streaming service and all the games on offer from Steam, Blizzard, emulators, etc. This led me to look deeper at PC gaming, ending up purchasing an entry-level gaming PC as an Xmas present for our boys.

As our kids are still young (<=10), we don’t need the latest and greatest PC hardware to run well. They like games such as Lego Harry Potter, Fortnite, Rocket League, etc… This meant a powerful GPU was not required right now, making a truly budget build possible.

With a great pricing matching policy, I knew I would be purchasing from our local retailer, Memory Express. Rather than buy from their pre-built systems, I decided to spec out my own from their parts list and save some money.

In late 2018, AMD has stolen the best value for money in the budget and mid-range gaming markets. Performance for price on AMD products just can’t be beat, though Intel and Nvidia do have a lock on the most performant technology, along with insane prices for it.

Here’s the parts list for the Halloween build I put together. Nearly all of these parts were discounted or price-matched when purchased:

Here’s a look at the Inwin case, as I went for a white theme: 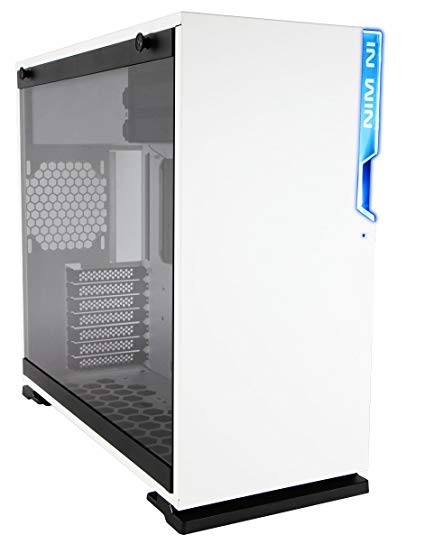 Software was Windows 10. AMD provided their Store MI tiered drive software, free with the motherboard. Additional details on this gaming PC build were published by CPU-Z

This build was aiming for longevity by getting better than average motherboard, storage, memory, case, and fans. Still budget parts, but they should last for years. The AMD Ryzen APU was definitely below average, but will function fine for a year or so, at which point I’ll likely upgrade to the latest AMD CPU and GPU.

Overall, I’m quite pleased with the final outcome of this budget gaming PC. The biggest benefit of a simple gaming PC was that our upgrade choices are still open in coming months and years. For example, will we make good use of this PC or will it gather dust like our old Nintendo Wii? By starting with a cheap system, it’s not a big deal if the boys turn out to not be interested in PC gaming.

On the other hand, if the gaming PC gets lots of use and we want to play more challenging titles in the future, requiring a real GPU, what is our best upgrade option?