With dust gathering on our old Nintendo Wii, I recently decided to upgrade our family’s game console. After looking at the Microsoft XBox, Nintendo Switch, and Sony Playstation options, I decided to head in a different direction. I chose a Nvidia Shield connected to our upstairs TV. Here’s why… 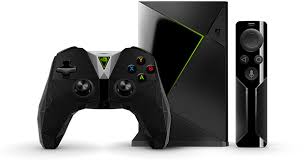 This small device does best connected to your TV with an HDMI cable and to the Internet via an ethernet cable. Once wired up, it is a really useful device, offering many great features including…

Having cut the cord years ago, we really only watch Netflix, Amazon Prime, Youtube, and Plex now. Starting way back with an old Apple TV, I’ve also run a Roku and a Chromecast, but the Shield is easily the best at media streaming. With a handy remote, it’s easy to select your media to watch.

The Shield has turned out to be a great system for gaming. Don’t think we’ll be getting an XBox or Playstation anytime soon.

Gaming in the Cloud 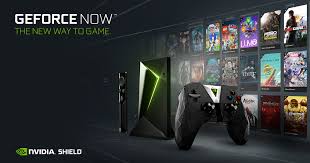 The ability to play tons of games via the GeForce Now cloud is a great feature. We play from Steam and Blizzard, along with others available on GFN. Right now, the boys are enjoying playing Lego - Harry Potter together, but also like Fort-Nite. I’ve been quite impressed on the game speed via wired Internet. Currently GFN is a free beta, but we’ll see how much Nvidia chooses to charge for this in future.

While we don’t currently have a gaming PC with an Nvidia GPU in the house, I am considering upgrading to one next year when prices drop further as the mining craze fades. With a Nvidia GTX or similar GPU, one can stream games from the PC to the Shield for playing on a TV. However, I am also considering adding a mid-range AMD Radeon RX or similar GPU, instead to pair with our Freesync monitor. 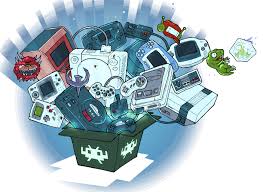 I’ve also been experimenting with Retroarch as an game emulator for older ROMs. While I’ve heard that Nvidia Shield is an excellent platform for game emulation, my experience has been underwhelming. Given the amount of fiddling required to get most older games to run, I doubt I’ll bother much. Perhaps, I’ll have better luck with the Drastic emulator and ARC Browser.

Being able to serve Plex media up from the Shield itself, freed up my budget laptop to roam about the house again. Overall, we’ve found the Shield is able to handle a few concurrent transcodes which is more than enough for our families usage. I’m still using an old Ubuntu tower for media storage, shared to the Shield via Samba.

UPDATE: Running Plex server on the Shield worked great in October and November. Then in December an update was pushed to the Shield which introduced bugs around SMB file share handling which made playback unwatchable, with disconnects every few minutes for Plex devices. After searching for solutions, I ended up installing Plex Server on a Windows 10 PC which works great, no playback issues and supports many more concurrent viewers. Therefore, I can’t recommend using the Shield as a Plex Server anymore.

Overall, the Shield is a fantastic device, particularly due to recent software and service upgrades, most notably the re-vamped GeForce Now service. My boys and I really enjoy playing Android, PC, and classic games on this system. It’s ability to watch Plex and stream Netflix is also great.

However, the Shield is not a perfect device. In particular, it’s integration with the Google Assistant eco-system is not great. I specifically disabled the ‘always-on’ Assistant listening of the Shield remotes, instead preferring to click the button remote or controller to bring up the Shield’s assistant when needed. This prevented the Shield from competing with our Google Home Mini in that room as the Mini is simply better at handling voice commands.