With all the isolation imposed over past months due to the pandemic, our family has been either outside exploring or inside playing games. Video games are fun of course, but I’ve wanted to share the “behind the scenes” with my sons. After Tynker, the Unity game engine is an interesting next step.

Started 15 years ago on the Mac platform, Unity is primarily a game engine with a large ecosystem of development tools, both for the industry and hobbyists. Beyond games, it is used as a 3D modelling tool for diverse industries such as film and construction.

We’re interested in its capabilities as a game engine however, so we started with the Unity tutorials.

The Lego Microgame is a great entry point for kids, aged about 12 and up. A straight-forward tutorial that goes step by step thorugh modifying a block-based game.

Covering the basics of model navigation, hierachy, and palette, the tutorial is expressive enough to allow kids to explore in the game and add in extras where they like.

In my son’s case, he quickly found jump moves that allowed him to avoid the elevator and electric fence altogether. Once he felt he’d “beaten” the game, he was much more interested in how to enhance the underlying game itself as shown here: 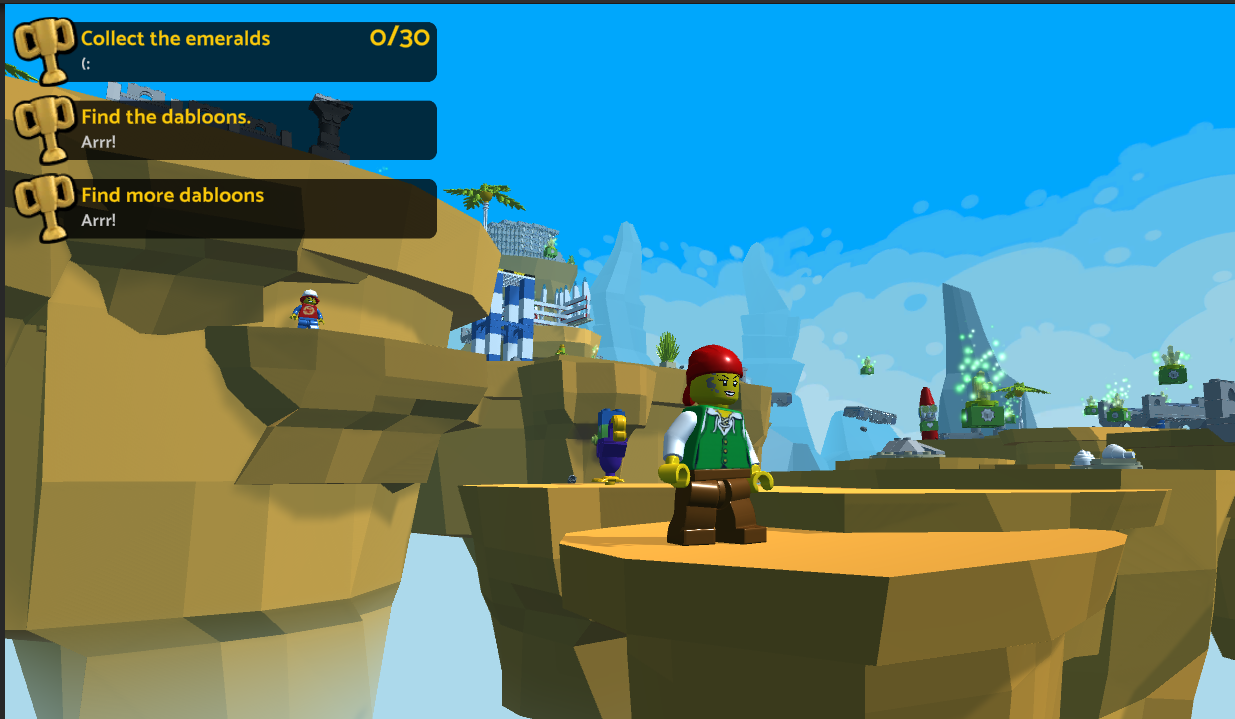 On the whole, he found the tutorials straight-forward and easy to follow. He quickly became focused on increasing the stages in the level and making it more challenging.

He did try the publish to web feature, but found it a bit hit or miss. In the end, the game he published seems to be overloading the original Lego Microgame concept as it runs quite glitchy.

While frustrating, it was a good introduction to the edit/test/debug cycle that programmers do all day. Also the importance of the Undo operation. :)

Overall, he had a good amount of fun exploring the Unity engine using this approachable tutorial. Ideally, it could be made a bit more robust for those who want to go far beyond the few edits performed in the tutorial. Else, a deeper dive on how to debug/triage an underperforming Unity game would be useful.