After using Ubuntu 16.04 on my old laptop for years, I attempted an upgrade to 18.04 which was nearly unusable on my old hardware. Having recently setup Windows 10 on a budget gaming PC, I instead installed Win 10 Pro onto my old Acer laptop.

However, Windows has not historically been a good platform for developing on, particularly using open-source toolkits. Luckily, even Microsoft figured this out and announced the Windows Subsystem for Linux (aka WSL) a couple of years back.

The WSL allows for a reasonably powerful command-line, built upon your preferred Linux. This allows Windows users to follow along with development trends in machine learning, such as Fast.ai

Following these directions at Fast.ai for WSL setup, I enabled the WSL feature under the Apps and Features control panel, and rebooted. 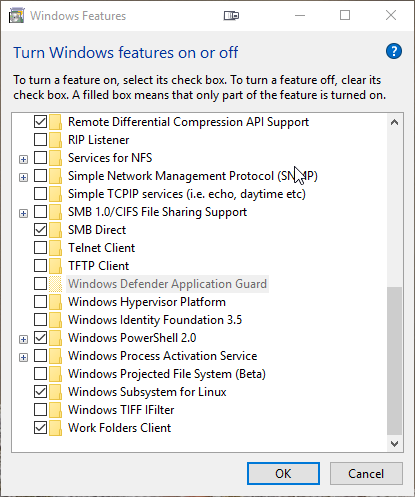 A few minutes later, I choose Ubuntu from the Windows Store app. Other distros such as Suse, Kali, and Debian are also available. After install, a Ubuntu terminal app appeared in my Start menu: 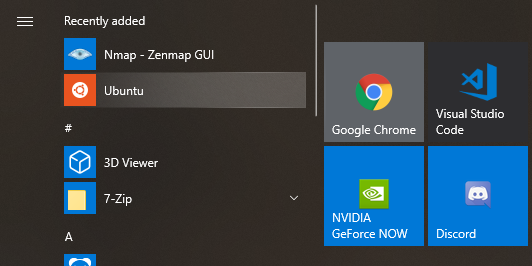 After creating a Linux user, I was all set:

Even trusty old vim was installed. However, by default, useful shortcuts for copy/paste such as the middle mouse button do not work. Bit dissapointed with that one.

However, it seems a very nice upgrade from Cygwin which I used all last decade on Windows. As well, being a full Ubuntu distro it should be more compatible than other tools like Git Bash.